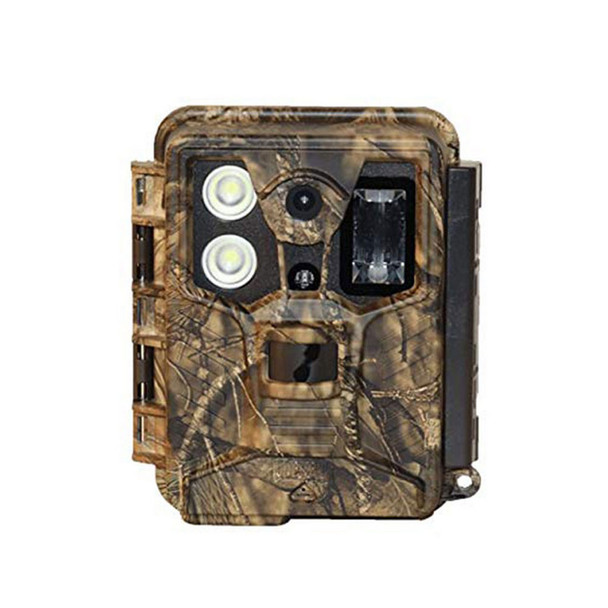 The COVERT SCOUTING CAMERAS Hollywood Trail Camera (5571) is small but packed with all the features you could ask for. It comes equipped with a 0.4-second trigger speed 18-megapixel resolution, and 1080-pixel HD video, all while still fitting in the palm of your hand. With the rugged durability of this new design, Hollywood Trail is guaranteed to impress. Each photo includes a time/date/temperature/moon phase stamp for better record keeping and scouting. Like all Covert cameras, the Hollywood Game Camera has invisible flash technology.

Get crisp photos of the game on your hunting grounds (or unauthorized persons on your property) with this Covert Scouting Trail Camera. This camera records to SD cards up to 32GB. Its multiple no-glow LEDs emit an invisible flash with a 100-foot range, and the passive infrared motion sensor triggers the lens in less than a second - quietly, thanks to Covert's maXimum Silence image capture technology. The 52-degree field of view yields a generous segment of the landscape and the wildlife that lives there. Be prepared for the outdoors with the Hollywood Game Trail Camera.