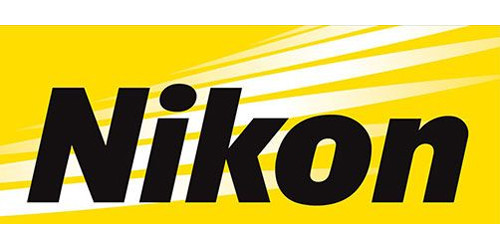 They are camera guys’ is probably your first thought upon hearing the name. Indeed, Nikon is a world-famous camera-producing company, but there is more than meets the eye. Nikon’s products are used in spheres you could hardly imagine, and now is your chance to learn something new about this brand.

It all begins with a story. A story of three leading Japanese optical manufacturers merging into one comprehensive company back in 1917. By 1923 Nippon Kogaku Kokyo K.K., as it used to be called, had made a name for itself by producing binoculars. They soon became the leading producers of optical lenses for cameras, binoculars, microscopes, and precision equipment. In 1945 the company began developing their first camera with the name Nikon, which was destined to bring them world popularity and become their new name. Within the next few decades, Nikon has launched underwater camera production and made a prototype of the first autofocus camera back in 1971. They have also produced the first stepper, a device, used in the production of integrated circuits such as computer processors and memory chips. Even today Nikon remains the second-largest stepper manufacturer.

Now you know that even though Nikon cameras are the most famous products of the company, they were not the first ones. Nikon binoculars have been in production since the times of foundation and can be rightfully considered a product that helped the company earn its reputation. For more than a century Nikon has been producing binoculars, used by people all over the world.

You have probably heard about Nikon sport optics. The Monarch series comprises both binoculars and riflescopes and can boast the optical excellence that few other series can. Nikon Monarch binoculars are one of the best-selling ones, as they combine the highest quality with middle-range prices. Nikon spotting scopes and rifle scopes don’t lag behind, as you can always find at least one of their items in every top list.

Then again, we have cameras. They need no introduction, as this is what the brand now is famous for. Nikon digital cameras have been on the market since 1999 and have won admirers among professionals and novices alike. Nikon mirrorless cameras were among the models that caused the ‘mirrorless revolution’ in the world of photography back in 2018. Nikon is eagerly investing in new research to keep implementing state-of-the-art technologies in its products.

Cameras often need attending gear to give the photographer more possibilities. There are dozens of Nikon camera accessories that make the picture-taking process even more pleasant and comfortable.

Nikon optics are used in many other spheres and devices. Nikon products play a vital role in the manufacture of ever-larger flat-panel displays, microscopes, medical equipment, and measuring instruments. Their goods are all around us, even when we are not aware of them.

Nikon’s reputation is the result of long-standing hard work and attention to detail. Buying Nikon products is always a safe and reliable choice.