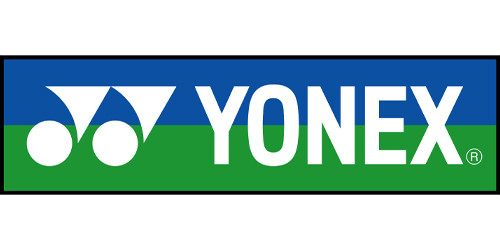 Headquartered in Tokyo, Japan, and Torrance, California, with numerous offices worldwide, it’s a global company manufacturing sports equipment. Thanks to the commitment to making top-quality goods combining Japanese craftsmanship and cutting-edge technology, the business has been steadily developing and expanding for more than 60 years, always finding new ways to cater to racket sports athletes. Now, let’s see what Yonex USA has to offer to American badminton and tennis players.

What do Frances Tiafoe, Jessica Pegula, David Wagner, Steve Johnson, Casper Ruud, Denis Shapovalov, Naomi Osaka, and Nick Kyrgios have in common? They all have used Yonex tennis rackets. So there should be a reason. Actually, there are plenty. All the company’s tennis rackets feature a square shape instead of a conventional round shape, which increases the sweet spot by 7%. The Yonex Ezone 98 and Yonex Ezone 100 boast an amazing feel and a thick frame that translates to controllable power. If you’re looking for a racket with superior speed and spin properties, you may want to consider something from the VCore series, like the Yonex VCore 100 or VCore 95. The Yonex VCore Pro 97 and other rackets from the VCore Pro family will suit advanced and professional players who want the best of the two worlds. Don’t forget to pick a Yonex Tennis Bag for your new racket.

At GRITR Outdoors, you’ll also find plenty of Yonex badminton rackets, like the Yonex Arcsaber 11, and Yonex badminton bags. Some of the rackets feature a graphite material that improves the adhesion of the graphite fibers and resin through direct adherence, which translates to a shaft that effectively flexes and stores energy. We also have Yonex strings (the PolyTour Pro is a great choice) and overgrips such as the Yonex SuperGrap.

Looking for lightweight sports shoes? Check out our range of Yonex badminton/tennis shoes designed to support all movements.

Expanding into other sports, the company began making snowboarding gear and various equipment for golf players. Yonex snowboards, like the Regna, are used by several Japanese top-tier snowboarders.