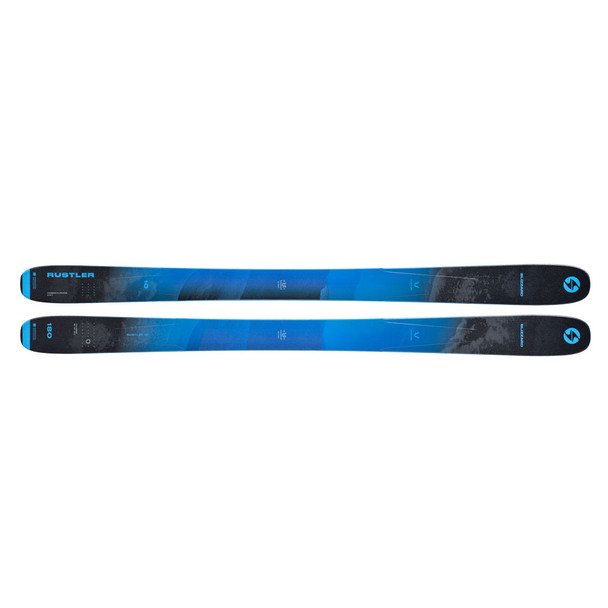 Some folks would have you believe that the one-ski quiver is a myth, but the BLIZZARD Rustler 10 Ski would beg to differ. It's founded on two signature concepts: Carbon Flipcore D.R.T Technology and an innovative waist design.

The longer the ski, the wider the waist, which gives freeriders and freeride athletes more control and float, even on steep terrain. The smooth rocker-camber-rocker profile make it responsive and stable, yet super playful in softer snow and on any type of terrain.

The Rustler 10 eats up chalky bumps in the steeps, floats effortlessly through stashes of fresh in the trees, and is just as comfortable in the air as it is laying trenches on fresh corduroy. The Rustler 10 is the true one-ski quiver for the progressive freeride skier.


GritrOutdoors is an authorized Blizzard dealer

MSRP:
Now: $149.90
Was: $180.00
Features of PNUMA Waypoint Vest Engineered for all-season versatilityMid-weight fleece lining focused at the coreDesigned with athletic fit - allows for layering to meet your conditions on every...

MSRP:
Now: $289.90
Was: $350.00
Features of PNUMA Selkirk Jacket A jacket for every day of the season no matter what the weatherComfortable fit for layering over lightweight garments or non-waterproof hunting gearOuter fabric:...