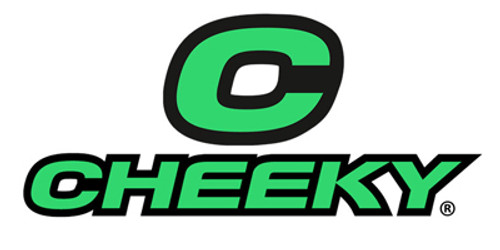 The story of Cheeky Fishing began in 2009 when four longtime friends and passionate anglers, Scott Caras, Peter Crommett, Ted Upton, and Max Key, decided to change the whole fly fishing industry by introducing fly reels that not only perform but also look better. Several months of brainstorming and business planning resulted in company incorporation in 2010.

At that time, fly reels didn’t do their job as efficiently as they do today. Besides, the segment was suffering from a traditional mindset that offered dull designs in solid black, silver, or gold. Finally, the challenge thrown by the four friends to the whole industry resulted in the first Cheeky fly reel model named Mojo 425. The Mojo 425 was a 7-10 weight fly reel in bright yellow and blue, featuring a fully sealed drag with a titanium casing and more carbon fiber drag discs. New materials contributed to its strength, and more line capacity made it attractive to serious fly anglers. A few months later, the Ambush 375 came to light and flashed the industry with bright green and gold.

The Cheeky reels were pricey, and the sales were slow at first, but word-of-mouth was doing its job, so more and more committed anglers learned about the dependability and performance of the novel reels. Towards the end of the year, the Mojo 425 landed on the cover of Fly Fisherman, supplemented with a commending commentary.

The sales were growing, and the company’s next challenge was to diversify into less expensive designs. The company moved the manufacturing overseas, which lowered the price by over 40%.

Cheeky entered 2013 with a lineup of competitively priced fly fishing reels and hundreds of calls from dealers seeking partnerships. Then, the company launched the award-winning Boost series in 2014, an affordable Tyro series in 2015, the Triple Play bundles consisting of one reel, two spools, and a fly reel case in 2016, and the Limitless series of one of the most advanced fly reels in the world.

Cheeky Fishing not only manufactures fly fishing gear, but also supports the community and contributes to the culture development through public activities.

Shop second-to-none fly fishing reels at Gritr Outdoors. We carry a selection of Cheeky reels for every taste and budget as well as Cheeky fly lines, backings, and pliers.