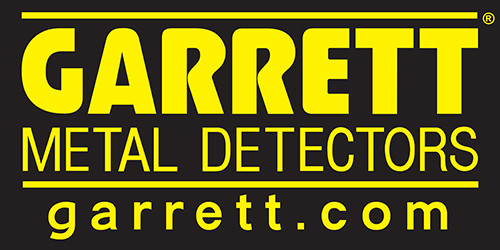 Get ready for exciting treasure hunting and metal detecting adventures with one of the top brands in metal detection - Garrett. Since 1964, Garrett has been a pioneer in metal detectors, and from installing Garrett detectors on NASA spacecraft to revolutionizing the private detecting market, Garrett has been there every step of the way. Today's Garrett detectors sport great features like waterproof housings, multiple frequencies and wireless headsets. There are even handheld models for divers and snorkelers.

Uncover hidden treasures with the top Garrett metal detectors, and get them at the best prices when you shop with GRITR Outdoors.

GRITR Outdoors is an authorized dealer of Garrett.

Garrett Metal Detectors date back to 1964. Charles Garrett began small treasure hunts as a hobby and was deeply dissatisfied with the capabilities of available metal detectors.

Already an accomplished electrical engineer, Charles started his own research in the garage of his home in Garland and soon established his own company, introducing the first Garrett Metal Detector, the dual searchcoil Hunter.

Competing against more than 30 companies, Garrett had to ensure his absolute quality dominance. He organized competitive treasure hunts to gather feedback from the users. Not only did this lead to dramatic increase in quality of his metal detectors, but also brought in a lot of media coverage and led to establishing the first Garrett Metal Detectors distributor outlet.

As the company grew and expanded, so did its produce. Garrett became the first manufacturer to solve oscillator drift and searchcoil drift and patented numerous inventions including independently operated searchcoils and coaxial searchcoil winding technique. All those breakthroughs done in just a couple years would later be called the Zero Drift Revolution.

In just about any direction Garrett seemed to pioneer, be it Very Low Frequency technologies, underwater metal detectors, target separation or metal detection through a thick layer of heavily mineralized soil. All of those features were either introduced or improved to the point of usability by Garrett and Graphic Target Analyzing (GTA) microprocessor with multiple notch discrimination, first introduced by Garrett in 1990, is still widely regarded as the golden standard among metal detector target discrimination methods.

Today Garrett metal detectors are various beyond belief. They include models oriented at hobby treasure hunts, airport security, countermine activity and really anything you may need a metal detector for, making it possible to find the one that best suits your needs and your budget.