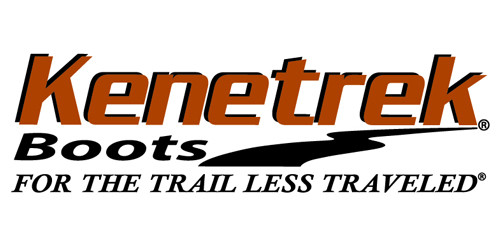 It’s not uncommon for a company that manufactures gear for outdoor activities to be founded on discontent. Discontent with current items that failed to provide the necessary endurance and support. Kenetrek is no exception to this particular rule. It took one eight-day hunting trip to give the company founders determination to make a change. High-country mountain sheep hunting calls for exceptional gear quality, something that Kenetrek’s founders did not see in their then-equipment. Some would just be disappointed and begin looking for another pair of mountain boots, but as the saying goes “If you want a thing done well, do it yourself.” The Kenetrek company began with this approach and still sticks to it after almost 20 years on the market.

Kenetrek boots are designed specifically to withstand harsh mountainous terrains. The idea behind all of this is to allow hunters, backpackers, and hikers to go anywhere they want without ever experiencing boot failure. Kenetrek footwear has won the favor of customers by providing unmatched comfort and dependability. Being a client-centered company, they constantly gather feedback from their buyers, and some items came into being only because of the customers’ requests. Thus appeared safety-toe and orthopedic footwear, meant to meet the needs of Kenetrek customers.

Being hunters themselves, Kenetrek specialists are well-aware of what their passion-colleagues need. With Mackenzie Mountains as their favorite hunting spot, the brand’s designers made a boot line, fit to endure harsh rocky terrain challenges and resist the influence of snow. The Kenetrek Mountain Extreme series includes both non-insulated and variously insulated boots, suitable for men and women alike. Everstep Orthopedic boots take the bulk of your ankle and foot movement, providing the needed support for people with foot and ankle issues.

Every hiker knows the rule “the less bulk, the better.” Kenetrek considered this rule when designing their line of hiking boots. The aim to make boots light without compromising their robustness led to the creation of the Kenetrek Hardscrabble series. There are also boots for warmer climates, such as Safari and Desert Guide models. Endowed with extra breathability to keep your feet from overheating, these boots are an excellent choice for long early-season hiking or desert trips.

Kenetrek’s customers asked for boots with reinforced toes that would be as comfortable and durable as representatives of other boot lines. Kenetrek Lineman boots are tailored for all workers who cannot afford a boot failure to disturb their job.

Nothing distracts you from slogging through the snow like the very snow trapping in your boots. Once it gets there, it melts and leaves your socks wet, and this is not a thing looked forward to. When pants fail to protect your feet from the white hazard, gaiters are ready to come to your rescue. Kenetrek gaiters are covered with a waterproof membrane that gives you solid snow protection.

Here, on Gritr Outdoors, we have many pairs of Kenetrek boots for sale. Be it footwear for hunting in the mountains, hiking in dense forest, chasing a game in a desert area, we have footwear that will make great companions in your endeavors.