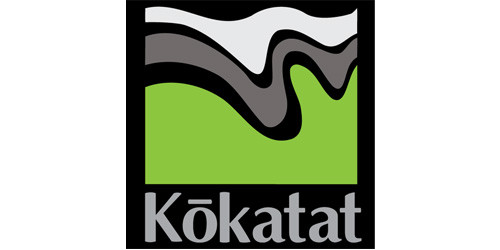 Kokatat started as a manufacturer of sports apparel in 1971. Back in that time, Kokatat’s current founder and president, Steve O’Meara, and his friends were into bicycling and backpacking. However, the market couldn’t satisfy their needs, so they decided to open a gear store to supply enthusiasts with quality outdoor backpacking equipment. The company’s sleeping bag named The Bear Necessity made with a newly discovered waterproof and breathable fabric, the Gore-Tex, was recognized by numerous outdoor magazines.

Nearly ten years later, in 1980, two famous kayakers turned to the company requesting paddling clothing for their upcoming expedition. At that time, the paddling clothing was rather like rain gear. The new jacket from Steve O’Meara and his team featured a neoprene cuff and fleece liner and could extend the season and provide more comfort to the paddlers. Then, the company came up with nylon pile pants and a shell layer to complete the system.

The success led to the company rethinking its business strategy. Blue Puma was renamed Kokatat, which means “into the water” in the language of Klamath people living in California, and shifted the focus from outdoor to particularly paddling clothing and gear.

Despite the financial hardships Kokatat faced at the beginning of its new journey, the company managed to overcome them through careful recognition of paddlers’ needs and an innovative mindset. Thus, Kokatat’s first drysuit hit the market in 1986, revolutionizing the way paddling clothing works.

Quickly after, the Kokatat began partnering with Gore-Tex inventors, making drysuits with superior waterproofing and breathability qualities for increased comfort.

Today, Kokatat women’s and men’s drysuits, like the Kokatat Meridian, are one of the most feature-rich items that meet the most demanding requirements of serious paddlers.

Besides drysuits, pants, bibs, jackets, and dry tops, Kokatat also manufactures a variety of personal floatation devices, from Kokatat life jackets to throw bags. Kokatat Hustle, Leviathan, Maximus Centurion, and other life vest models are ISO-approved and are made with Gaia PVC-free foam.

Shop for innovative and feature-rich Kokatat paddling jackets, drysuits, pants, and PFDs at Gritr Outdoors and enhance your whitewater experience.