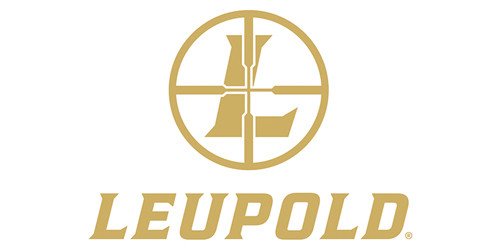 Family is always the beginning. It is the first thing a person sees when they come into this world. Family is also the cradle of several enterprises that began their journey as family-owned companies. Leupold is one of them.

The history of Leupold & Stevens began more than a hundred years ago, when Fred Leupold and Adam Volpel, brothers-in-law and close friends, went into business together. At that moment, nobody could even imagine that the company would one day become one of the top hunting optics manufacturers in the world. Back at the beginning of the 20th century, they were producing surveying equipment. In 1914 the J.C. Stevens became a partner of the company and introduced his invention - the first water level recorder. Leupold’s and Stevens’ sons, Marcus and Robert, followed in their fathers’ footsteps and continued the business. Marcus, an avid outdoorsman, is said to have missed a buck during one of his hunting trips, all because the scoped got fogged up. He swore he would make a scope better than that, which he eventually did. In 1947 Leupold & Stevens introduced its first riflescope. The first fog-proof scope, manufactured by Americans. The technology first implemented more than 60 years ago hasn’t changed a lot: the scope tube, filled with nitrogen that prevents moisture from forming. Their weather-resistant optics quickly gained the love of the customers, which inspired Leupold to go deeper into optics production. Through the decades, Leupold & Stevens has managed to come up with new reticle designs, make a line of compact riflescopes, become the US military scope supplier, and introduce new models of spotting scopes, rangefinders, and sport optics.

Leupold optics has gained merited recognition among shooters all over the world. Be it a battlefield, a competition, or a hunt, Leupold won’t let you down.

Leupold scopes were the first optical devices produced by the company. These firstborns set a high standard for all the following products, which they never fail to uphold. Leupold riflescopes offer hunters and shooters the reliability and precision expected from a premium quality scope.

For those preferring a wide field of view to magnification, Leupold has a collection of red dot sights. Leupold red dots are equipped with motion sensor technology that significantly extends your battery life. Durable and compact, they are a valid alternative for Leupold rifle scopes.

If you don’t want to encumber your rifle with a scope or a sight, consider taking a look at binoculars and spotting scopes. Leupold binoculars come in a variety of magnification ranges from 8x up to 12x, offer a true light transmission and clear image. If you are interested in higher magnification power, spotting scopes will come to your aid. All Leupold spotting scopes are equipped with either Advanced or Elite Optical System, the latter offers dawn-to-dusk light transmission exceeding that of the Advanced, elite-level glare reduction and outstanding image sharpness. Elite Optical System spotting scopes cost more, but there are scopes of all price ranges, so you are sure to find something that will suit your budget.

In 2010 Leupold introduced its first golf rangefinder that computes the flight path of the golf ball based on atmospheric conditions and the angle of the hit. As a hunting optics-focused brand, Leupold also produces rangefinders for hunting and archery. With Leupold rangefinders, you’ll never have to second guess the distance of your shot.

Here, on Gritr Outdoors, you can find dozens of optical devices and accessories by Leupold & Stevens. Leupold tactical optics, scope mounts, hunting apparel - all of it you can find here.