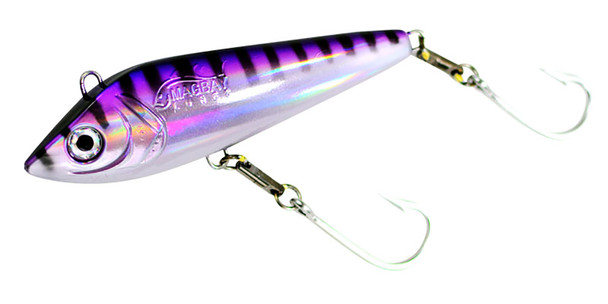 The MagBay Lures Desperado High Speed Rattle Lures are a top choice of some of the best wahoo anglers around the globe. These 10″ Lures are killing Dorado, Tuna, Marlin and Wahoo from the Gulf, Caribbean to the Pacific and the Atlantic Ocean. These little morsels of bait are bringing in some serious big game fish. We recommend a troll speed of 6-9 knots on these truly amazing marlin, dorado, and tuna lures. Try them out, we guarantee you will have an increased strike ratio on these lures compared to others in the spread.

The color and action of this Desperado series Lure attracts nearly any gamefish in the area and are sure to it.

MSRP:
Now: $189.95
Was:
Features of PELAMATIC Orange Peel Pro Orange Peel starts at the push of a buttonAllows quick and safe cleaningPela any kind of fruit and vegetable with spherical or ovalFull manual included in the...

MSRP:
Now: $82.11
Was:
Features of LEUPOLD Backcountry Remington 700 1in 2-pc Mount 171098 Machined aluminum constructionVersatile, and available for many different riflesCombines the traditional base and ring...