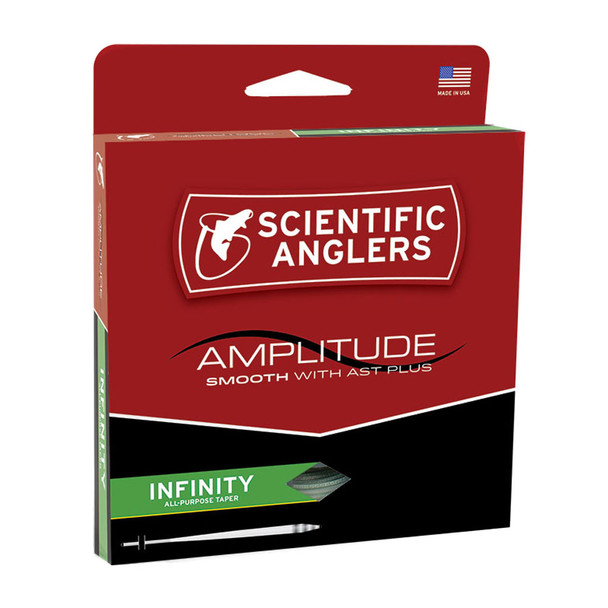 The Amplitude Smooth series of lines are, simply put, the highest-performance smooth fly lines in the world. With up to five times less drag and eight times the durability of traditional lines, this will change the way you look at fly line performance.

The conventional wisdom in fly fishing is that there's no such thing as a "do it all" freshwater line. Scientific Anglers have something to say about that. The Amplitude Smooth Infinity has the power to bomb out streamers, yet retains delicacy for dry flies. It mends like an absolute dream, and delivers flies at all distances. Built a half-size heavy, with a long head and substantial front taper, it's perfect for everything from trout and panfish to pike and steelhead.

MSRP:
Now: $99.95
Was:
Features of SWISSMAR Sierra 11 Pc Fondue Set (F66695) Best suited for meat fondues but can be used for cheese or chocolate fondues, just remove the splatter guardProvides even heat distribution,...