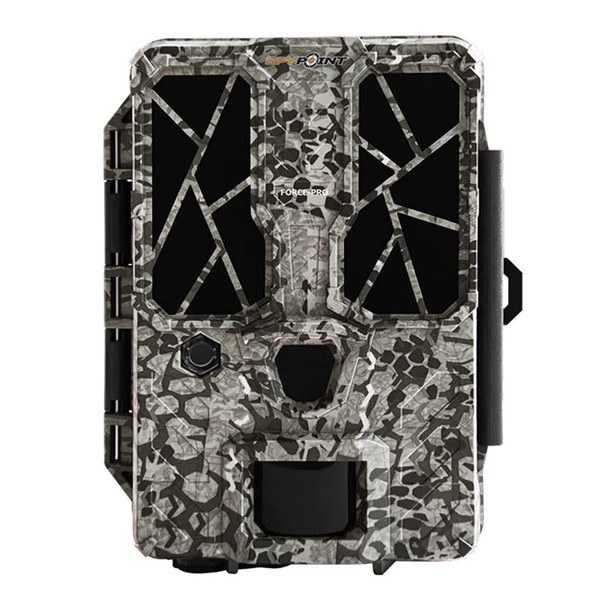 The SPYPOINT Force-Pro Trail Camera delivers quality never before thought possible in a trail camera. Still images are delivered in 30MP resolution, so every detail is available for your scrutiny. Similarly, video can be captured in 4K mode, delivering images so clear you would think you were in the woods seeing them in real-time.

The Force-Pro isn't just taking pretty pictures. It's a workhorse trail camera, with all the features you need, like the fast 0.2-second trigger speed. At less than a quarter second, fewer animals will be missed than with other cameras whose trigger speeds are closer to a full second. Not only that, but with a detection range out to 110', more animals are in range to be captured anyway.

The Force-Pro is a serious camera for hunters that are obsessed with the details. Photo resolution is just the beginning, as every features of the Force-Pro puts the advantage in the hunter's favor, so when season arrives you're informed, ready, and have the details you need to put your season's plan into action.


GritrOutdoors is an authorized SpyPoint dealer

MSRP:
Now: $39.99
Was:
Features of SPYPOINT SB-200 Steel Security Box SB-200 Hole on front to a install a padlockHoles on both side to insert a cable-lockHoles on back to anchor it to a tree or wall Product Info...