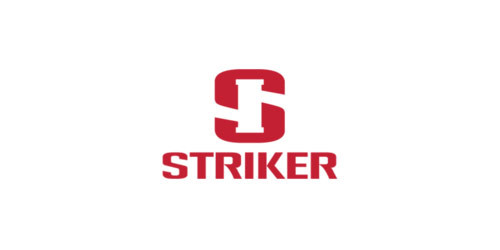 Bitter cold used to be an obstacle for humans on their way to exploring the world. There is a long road between animal hides and modern winter clothes, even though they serve the same purpose. Modern technological advancements bring upgrades to every sphere of life, and winter clothing is no exception. We no longer need to use animal furs to keep ourselves warm. And when it comes to advanced warming technologies, Striker Ice is second to none.

The Striker brand began its way in 2005 by providing premium technical apparel for snowmobilers, but in 2010 the company’s focus shifted. Since then Striker Ice has been supplying anglers all around the world with quality ice-fishing apparel. It all began with non-float suits, but in 2011 Striker Ice revolutionized the world of fishing apparel by producing full-feature Lite and Heavy suits that utilized Surefloat floatation assist. With this innovation, the brand’s popularity skyrocketed and the Striker brand soon became an undisputed leader in the world of ice fishing apparel.

Surefloat flotation assist is made from low-density polyethylene foam that traps air in closed cells to create air pockets to increase buoyancy. A jacket and bib set that utilizes Surefloat provides floatation for up to two hours, which can be a real lifesaver in case you fall through the ice.

Thermadex insulation is designed specifically to provide superior insulation performance with minimal bulk. This technology is best suited for active use such as alpine skiing, snowboarding, snowmobiling, and nordic skiing.

Hydrapore is a highly waterproof and breathable laminate that is built into the outer shell fabrics of Striker ice fishing suits. Seam leakage protection is another benefit that Striker Ice fishing apparel can boast. With the industry standards for waterproofness and breathability being 3,000 mm/3,000 g/m2, Hydrapore has an admirable 5,000 mm /5,000 g/m2.

The Apex series includes the most advanced cold-weather fishing apparel. It features PrimaLoft CrossCore Insulation, which is the combination of PrimaLoft insulation fibers with a NASA-developed Aerogel technology, known to be one of the best insulators on the planet. This degree of insulation comes without additional bulk as Aerogel comprises more than 95% air and is highly porous. The waterproofness and breathability rating of this series is 10,000 mm/ 5,000 g/m2.

The Climate series is designed in a wider range of sizes than the Apex series and can boast the same level of breathability. The Striker Ice Climate jacket features a removable softshell liner, making this jacket the perfect year-round option. The Striker Ice Climate bibs are equipped with magnetic storm flap closures, smart pockets, and the highest level of insulation for bibs that Striker Ice can provide - 175g Removable Thermadex Insulation.

Here, on Gritr Outdoors, you can find Striker Ice gear to keep you warm and protected in cold winter winds. Whether you are looking for Striker ice bibs, Striker Ice jackets, hats, or gloves, we have them, so go no further.