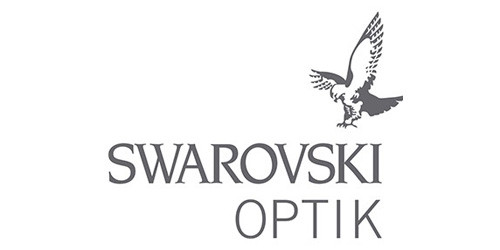 Most people associate Swarovski with jewelry, but, in reality, Swarovski is a group of companies operating in various sectors. Thus, the Swarovski Optik division manufactures optics for hunting, outdoor activities, and birding.

Wilhelm Swarovski was cherishing the idea of his own company for several years, dreaming of building binoculars for stargazing. Wilhelm was crazy about astronomy. With access to his father’s factory and its glass production and finishing technologies, he developed a novel process of prism fabrication and grinding, which he applied to build his first 6x30 porro-prism binos in 1935. The design rested undemanded for mass production until WWII.

Swarovski Optik was founded in 1949 and applied Wilhelm’s novel process for constructing the company’s first serial binos, the Habicht 7x42, which continues to be an industry standard. The Habicht was followed by the introduction of the company’s first riflescope in 1959, extendable spotting scope in 1967, rubber-armored binoculars in 1971, and riflescope with a shock absorber in 1976. In 1999, the company created EL binos with a wrap-around grip for birding and wildlife observation. In the 21 century, Swarovski broadened its range. It introduced 6x and 8x riflescopes, a smart riflescope, a binocular telescope, and other long-range optic devices.

Second-to-none Swarovski binoculars for hunting boast an outstanding performance. Bino range includes several series, with the most popular being the NL Pure, EL, and EL Range.

The Swarovski EL binos were introduced in 1999 and revised in 2015. They utilize the Swarovision technology that gives a crisp image with exceptional color fidelity. The legendary wrap-around grip provides a comfortable holding position, and the non-slip focusing wheel ensures precise and reliable operation.

Compared to the EL series, the Swarovski NL Pure binos have an exceptionally wide field of view and better light transmission. The line includes 8x32, 8x42, 10x32, and 10x42 versions.

The Swarovski EL Range series includes premium devices that combine Swarovision lenses with precision measuring technology. So basically, they are binoculars and rangefinders in one device. EL Range binoculars come with a ballistics app and Tracking Assistant.

At Gritr Outdoors, we carry a selection of premium Swarovski binoculars for hunting, birding, and camping. Shop and enjoy one of the world’s finest Swarovski optics.