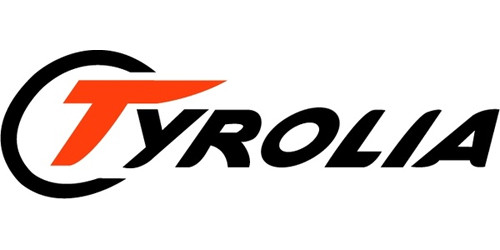 Born in one of the Alpine countries, Austria, Tyrolia is one of the leading sports equipment brands specializing in ski bindings. The industrial production of Tyrolia-branded ski bindings began in 1949, and since then, it has gained immense expertise that secured its strong leadership position.

Tyrolia covers all skiing disciplines, terrains, and types of skis and includes models for racing, touring, freeskiing, and mountain skiing.

The Attack series of robust freeski bindings is loaded with performance-enhancing features. The Tyrolia Attack bindings have cool-looking, lightweight, and protective toe and heel and a metal device with an anti-friction feature for more stability under your ski boot. Besides, the heel lever allows you to adjust the DIN in the open and closed positions.

If you want Tyrolia in the basic configuration, you need Attack 11, 14, or 17 GW. But if you’re looking for bindings with safety features, consider the Tyrolia Attack 14 MN. Instead of a regular anti-friction metal device, it uses the proprietary Anti-Friction Slider that allows the boot to move out of the binding almost without friction. If that’s not enough, you need the Protector series.

The Tyrolia Attack 13 with the Protector Full Heel Release feature ensures the safest skiing possible. One-third of all ski injuries are knee injuries, mainly caused by forward and backward twisting falls. According to Tyrolia, the FHR feature reduces ACL strain by more than 50% by delivering an intelligent 180° release vertically and horizontally when the load exceeds the release setting. 7mm of bilateral travel absorbs low-power, short-term forces and prevents pre-releases. When higher forces exceed this setting, the heel moves the full 7mm and rotates open 30° to release the ski boot.

The Tyrolia Adrenaline and Tyrolia Ambition bindings are intended for touring and combine an ergonomic walking mechanism and climbing aid with outstanding downhill performance.