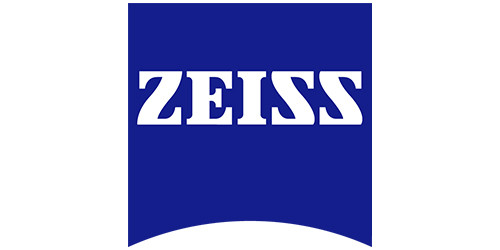 German manufacturers were always known for standard-setting quality and unmatchable reliability. They are also among the longest living producers with many companies existing and successfully functioning since the 19th century. Zeiss is one of those companies. It began its way as a small optics workshop only to become one of the biggest optics manufacturers, active in four business segments with 30 production sites and 25 development sites around the world.

1846 marked the beginning of Zeiss’s history when Carl Zeiss opened an optics workshop. Its primary focus was microscopes and within the first twenty years, Zeiss sold around 1000 of those items and earned the title of one of the best scientific instrument makers in Germany. This success was only the beginning, as Carl understood that the company needed a competent scientist if they were to become more than an optical workshop. Ernst Abbe joined the crew in 1866, and from that moment, innovative products started pouring out. He contributed immensely to the development of the notorious Jena optical glass, which was first manufactured in 1888 in cooperation with Otto Schott. This glass allowed for improved performance and quickly became the primary material for Zeiss lenses. Throughout its history, Zeiss has developed several innovative types of lenses and anti-reflective lens coating and keeps bringing new elements into the already well-made products to this day.

Even though now the brand is actively working in several business segments, what we are dealing in is Consumer Market goods. Zeiss product lines include cameras, riflescopes, binoculars, and spotting scopes. Many of those you can find right on this page.

Some say if you are good at something, you are good at everything. It’s reasonable not to take this saying for granted, but Zeiss’s craftsmanship doesn’t end on lenses only. They have a whole range of products for hunting and nature observation. Riflescopes are hunters’ regular companions, and Zeiss goes beyond making mere lenses for those. Many things need to be considered when making a rifle scope, such as weight, magnification range, the field of view, and image clarity. Zeiss makes scopes of various configurations to meet every need a hunter might have.

Designed to allow experiencing nature at arm’s length, Zeiss binoculars will be your reliable extra pair of eyes. All binoculars of this brand can boast outstanding image quality, durable construction, and compact sizes. There are three series of binoculars that the company currently produces. The Zeiss Victory SF 10x42 features the widest field of view among all brand’s 10x binoculars with a light transmission of the record 92%. Zeiss Terra ED 10x42 binoculars have a lower light transition of 88% and a smaller field of view but offer higher portability and smaller size instead. Among Zeiss Conquest binoculars, 10x42 are the middle ground between Victory and Terra Ed models, though they can boast the greatest subjective viewing angle of 66o. If you need to know the exact distance towards your object of interest, taking a closer look at the Victory series can reveal exclusive Zeiss rangefinder binoculars that will allow you to measure the distance within seconds.

When a higher magnification is required, a spotting scope should be your tool of choice. With zooming ability from three to six times as high as binoculars’, spotting scopes make for irreplaceable companions on every hunting trip.

Gritr Outdoors has a wide selection of Zeiss optics. Whether you are looking for Zeiss 10x42 binoculars, riflescopes, or spotting scopes, go no further, you can find them right here.